Car accidents, regardless of the circumstances, can be very stressful experiences. Crash victims have an array of things to worry about like missing time from work, burdening medical expenses, and costly vehicle damage. The situation becomes even more stressful when the guilty driver had carelessly sped away from scene, and Florida hit and runs unfortunately occur all too often.

What is a Hit and Run Car Accident?

A hit and run accident is when a car hits another vehicle, pedestrian or fixed object and then leaves the scene without stopping to identify yourself.

We have all heard accidents referred to as “hit and run,” whether it is in the context of a traffic report, a news story, or even on procedural crime television shows. Although it seems like a straightforward phrase, it is actually a very important legal concept that involves some shades of meaning that are not necessarily readily apparent. It is important to know the laws in your state regarding hit and run car accidents, whether you are the victim or whether you are considering engaging in that behavior.

A hit and run accident is an illegal driving maneuver where the individual who is responsible for causing the accident fails to stop and identify himself or herself afterwards. Almost any type of accident can be considered hit and run, which is not widely known. If you hit a car in a parking lot and flee the scene without identifying yourself to the car’s owner in some way, or without contacting the police to advise them of the accident, you could be found guilty of a hit and run. The definition is not dependent on the presence of passengers—or even necessarily the collision of two cars.

Whenever you, as the driver of a vehicle, collide with another object, person, or vehicle, it is your responsibility under almost all state laws to identify yourself in a formal process, including exchanging insurance information and contacting emergency services. If you hit a car that is unattended, you should contact the authorities to advise them of the incident, as well as leaving behind a note with the proper insurance and identification information.

If you have been a victim of a hit and run accident, it is vital to collect as much information about the individual who caused the accident as possible. While it may be difficult in the moment to record their license plate number, if you have the ability to do so, this is a great piece of information. Otherwise, commit details like the color, make, and model of the car to memory or write them down if you can. If you notice any witnesses, get their information. Make sure that you contact the police quickly, so that they can begin the investigation process. If you have been injured, seek medical treatment, and consider retaining the services of a personal injury attorney specializing in car accidents, particularly hit and run events.

For those who engage in hit and run behaviors in an accident, it is important to know that there are a number of severe legal consequences that go along with being found guilty of the offense. Some states suspend or even cancel the license of individuals who engage in a hit and run accident—sometimes even a permanent revocation of a license is a consequence. In addition, according to certain State laws, you may receive criminal punishment including jail time, exorbitant fines, and other penalties, usually varying by what type of accident, the amount of damage, and other factors. Even if you do not lose your license entirely, your insurance company may void your policy, if you have one.

Keep in mind, if you are in a car accident, that no matter how bad the accident itself is, fleeing the accident will only make matters worse. If you have been the victim of a hit and run, you should remain calm and suppress the urge to chase after the driver of the other car. In addition to the fact that you have no way of knowing the state of mind of the individual that struck you, you may also yourself not be a safe driver in the aftermath of a car accident. 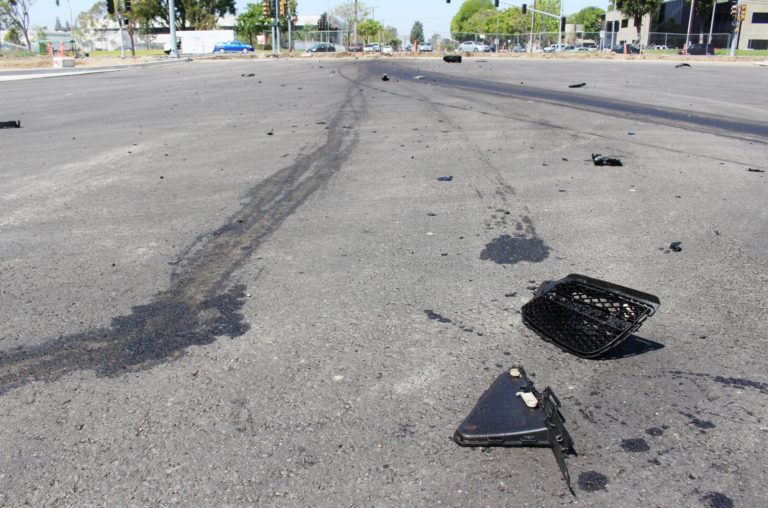 In Florida, many people flee the scene of an accident because hit and run charges and penalties are sometimes less than the charges they would face if they stayed at the scene. This is especially true in cases of DUI manslaughter.

Florida law decrees that all individuals involved in an accident must be present at the scene, yet some people simply refuse to obey this. If an individual is injured in an accident and the other individual who was involved in the accident stays, information on auto insurance can be collected. The victim can then get medical coverage from the other driver’s bodily injury liability coverage. However, if that other driver runs away, unidentified, the victim cannot file a claim with the driver’s insurer. It only complicates things for both parties.

Making matters more complicated, in 2015 the Florida Supreme Court ruled drivers in Florida will no longer be prosecuted for abandoning the site of an auto accident unless proof exists that they were aware of being in a crash. In the words of Justice Charles Canady, “The state must prove beyond a reasonable doubt that the driver had actual knowledge of the crash, an essential element of the crime of leaving the scene of a crash.”

At this point, unfortunate accident victims are left in the dark on what their options are. Nevertheless, this type of circumstance is appropriate for uninsured motorist coverage. The Florida Department of Highway Safety and Motor Vehicles states that uninsured motorist coverage is not a state auto insurance requirement. Though, many individuals are unaware of what their insurance policy carries, or they just forget what their policies carry. It may significantly help accident victims to seek advice so that they can properly tackle a Florida hit and run situation.

Fortunately, uninsured motorist insurance is perfect for a number of situations, including this one. Understandably, insurance companies can be complex and intimidating to handle. The company may only bring about the smallest possible settlement, despite paying the insurer monthly. In light of this, victims of hit-and-run accidents need to take gradual steps toward recuperating their much needed resources.

What Has the State of Florida Done About the Rise in Hit and Run Accidents?

After over 80,000 Florida hit and run accidents took place in 2014 alone, statistics further showed that fatal hit-and-run car crashes saw a 23% increase from the previous year. Incredibly, the Florida Highway Patrol confirmed that almost half of the victims involved were pedestrians. By 2017, this number had further grown to roughly 99,000 hit-and-run accidents per year, representing yet another 23% increase—albeit over three years.

In response to the dramatic increase of Florida hit and run accidents, in 2016 Governor Rick Scott signed a law enhancing penalties for those who partake in hit-and-run behavior. In fact, the offense is now a second-degree felony, which warrants a compulsory sentence of no less than four years for any driver found guilty of leaving the scene of a fatal car crash. Furthermore, drivers who partake in hit-and-run behavior may also face revocation of their license for three years, in accordance with the Aaron Cohen Life Protection Act. The law ups the mandatory minimum sentencing for drivers involved in non-fatal hit-and-run crashes to four years- double the prison time formerly assigned for the crime.

What is the Florida Highway Patrol Doing to Solve the Problem?

To help halt the rise in Florida hit and run accidents, in 2017 the Florida Highway Patrol designed a special expert position for a staff member that will be dedicated to this one type of crash. When a hit and run accident occurs, this expert will be focused on following up on the outcome and penalizing those at fault.

The FHP also began a new state-wide campaign based around a series of special press conferences aimed at showing real-life drivers the true-crime consequences of leaving the scene of an accident before it’s appropriate. The Florida Department of Transportation, Students Against Destructive Decisions, the Florida Police Chiefs’ Association, and the Florida Sheriffs’ Association all came together with The Department of Highway Safety and Motor Vehicles for the effort.

According to Terry L. Rhodes, the organization’s Executive Director, “Leaving the scene makes the situation worse, not only for those who flee, but even more so for the victims left behind. It is crucial that all individuals involved in a crash, including witnesses to a crash, contact 911 and remain at the scene until help arrives. Every life matters and every second counts.”

What Should You Do if You’re Involved in a Crash?

If you find yourself involved in a crash, Major Welsh urges drivers to stay at the scene of the accident and call authorities to make a report. Even if you are at fault for the collision, taking responsibility will save you the possibility to fines, jail time, and having your license revoked. Most importantly, doing your part to notify authorities can possibly save the other driver’s life.

According to law enforcement officials, anyone associated with a motor vehicle incident should do the following:

These distressing circumstances are unfortunately common for many people today, and these situations can get increasingly complex. Due to that, this article should not be taken as legal advice but rather it is a quick look into a hit-and-run accident. If you have more questions involving a pedestrian accident or an auto accident that resulted because of a hit and run situation, please contact the experienced attorneys at Zimmerman & Frachtman today to learn more about your options and what we will be able to do for you.