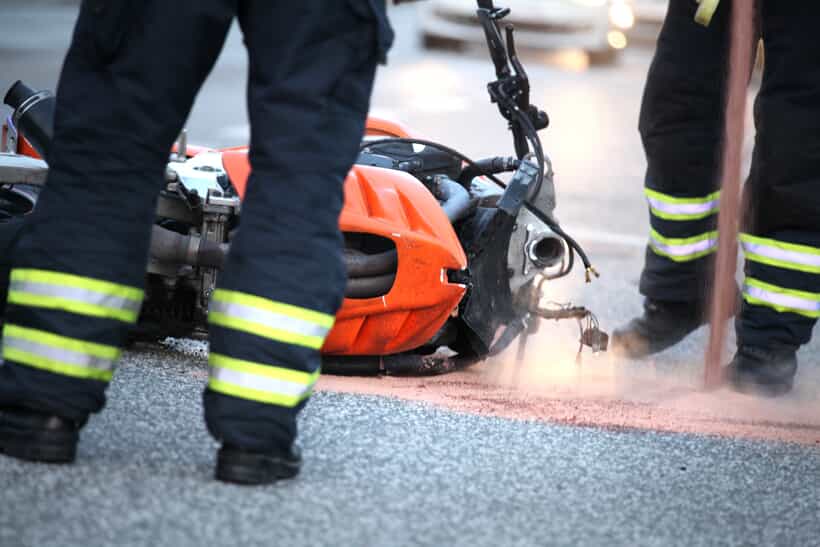 Motorcycles are a great source of fun and exhilaration, but they have a stigma for being a bit dangerous. That stigma is strong enough to prevent a lot of curious potential riders from enjoying this mode of transportation, but exactly how accurate is the perception of danger that is often associated with motorcycle accidents? There are very few cars that are as difficult to ride as a motorcycle, which is due to the mental and physical exertion that is required for proficiently riding one. Even those who are properly trained sometimes experience fatal accidents, so how much objective danger is actually present?

During the year of 2015, there were approximately 8.6 million motorcycle riders in the United States. Of those, 4,976 were killed as a result of riding their motorcycle. That represents an 8.3 percent increase from the previous year, and it puts the likelihood of being killed in a motorcycle accident at 1 in 1,728. In 2014, the rate of fatality amongst motorcycle riders was nearly seven times the rate at which passenger car riders experienced fatal events.

As with all vehicles, there are certain elements of the driving experience that can’t be controlled by the driver or rider in the case of a motorcycle. Potholes, bad weather, bad drivers, and other unsafe road conditions contribute to many accidents, but there are things that riders can watch out for on the road.

Since riding a motorcycle is such a strenuous activity, lack of sleep or general tiredness can be a huge risk factor. Group riders also see lots of accidents because of the false sense of security that a rider can be pulled into when driving in a group. In many cases, drivers attempt to perform skills above their experience, which can also lead to traffic incidents.

Many people who have little or no experience with motorcycles might assume that lane-splitting is dangerous, but research has proven that the act is quite safe when done properly. By traveling at an appropriate speed compared to the slower traffic, lane-splitting can prevent congestion and help reduce overheating within a motorcycle that is stagnant on the road.

No one wants to get hit by a moving vehicle on a busy road, and motorcyclists are some of the most susceptible to such danger. Riders should always assume that cars surrounding them do not see them, and that will help the rider drive as defenseless and therefore safely as possible. Motorcyclists would rather be safe than technically correct in a situation where another vehicle makes an error that results in potential harm to the rider.

Knowing that a motorcycle is dangerous is just the first step in preparing yourself for the worst. Proper education and preparation is the only way to ensure with as much certainty as possible that every risk and danger will be avoided. Riders should always wear the proper gear, including a helmet and protective clothing. It’s also a good idea to take advantage of reflectors and other highly-visible gear.

Gear will only get a rider so far, but training is the most effective form of driver prep. Riders should be well aware of their own skill level, the capabilities of their motorcycle, and the actions of those around them. Riders who have the option should always use good tires for traction, and it doesn’t hurt to properly maintain or even upgrade the braking system. It should be fairly obvious, but a better-functioning bike will offer better safety features.

Many experienced riders and riding instructors will recommend that new riders practice in an enclosed environment, like an empty parking lot or a track. This will allow riders to get comfortable riding in a situation with little danger before they move up to the real road. Developing skills from a standardized baseline is a great way to build a solid foundation of experience that will work to protect you against potential harm.

While some older riders will denounce the utility of certain electronic safety features, anti-lock brakes are one of the most useful modern tools associated with riding. According to a report on motorcycle fatalities, ABS is able to decrease the occurrence of fatal accidents by as much as 31 percent. Even if that figure is exaggerated by a full 10 percent, the positives would still be astronomical.